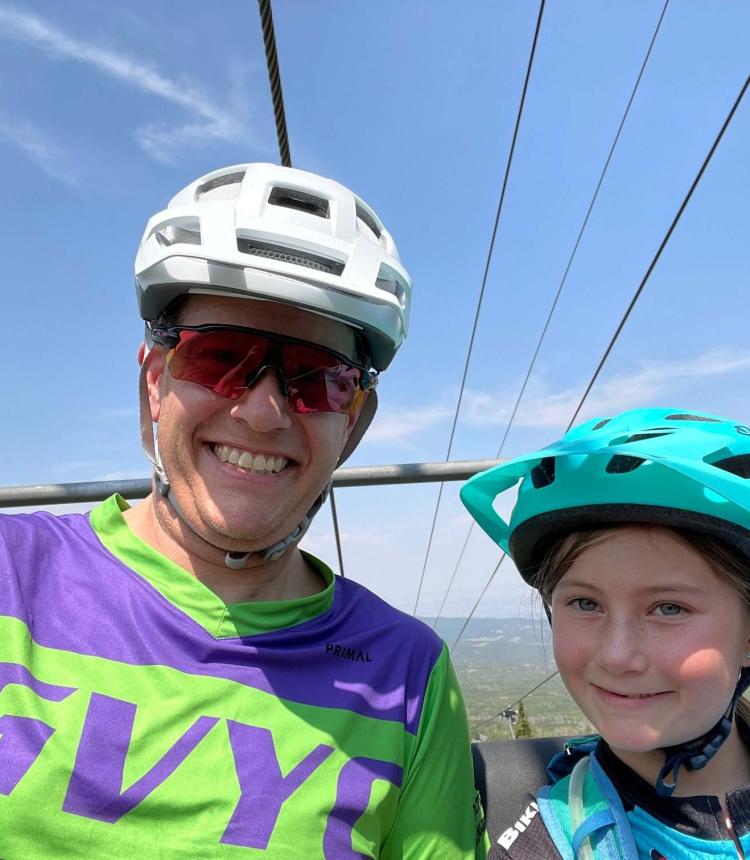 I grew up in Grand Rapids Michigan and went to college at Northern Michigan University in Marquette Michigan.

My first bike was a sweet Schwinn Moab 2 that I worked two summer jobs in college to pay for, which also helped me lose nearly 100 pounds and introduced me to mountain bike racing.  I’ve owned a lot of bikes between then and now and I currently I ride an Ibis Ripley and a Specialized Roubaix.

I started racing in 2000 and have competed in lots of races including the Iceman, Ore to Shore, Lumberjack 100, Breck 68, Gunnison Growler, Park City Point2Point, and even won an Overall in the former Mountain States Cup Race Series.  I’m excited to race in the Breck Epic this summer and have been wanting to check the race off the bucket list for 12 years.

My favorite trail network is Fort Custer in South West Michigan.  This is an former Army WWI and WWII training facility, and the current trails now run through all the old trenches that were built for the soldiers to train in.  Can’t wait to ride these trails with my daughter sometime!  My favorite ride in Colorado has to be the “locals loop” in Crested Butte which is a big ride linking Snodgrass Trail, to the 403, to the 401.

I moved to Colorado from Michigan nearly 17 years ago to work in Medical Device Sales with a former college roommate.  I now work for Community Hospital where I am responsible for the recruitment of new Physicians to the Grand Junction area.  I have been with Community Hospital for 11 years.

I joined the GVYC Board of Directors in 2016 after riding with a group of GVYC riders at 18 Road in 2012-ish.  The 2012 group’s energy and enthusiasm for riding was such a positive experience for me, and I was looking for an opportunity to help grow the next generation of Grand Valley Riders.  When I was approached about joining the board in 2016 I jumped at it.